KDOG - A project with multiple partners

The KDOG project is made possible thanks to a large number of volunteers and patrons without whom the project would not have been possible. You will find on this page a few of the interventions of those who help us move forward on a daily basis.

A work made possible thanks to many donors

Agnès HUBERT is the Director of Donor and Public Relations at the Curie Institute. She supports the KDOG team in its relations with its partners and in its search for new support.

Many donors help us on a daily basis, and even if we cannot name them all, you will find here two portraits of important supporters: SERIS and Royal Canin. 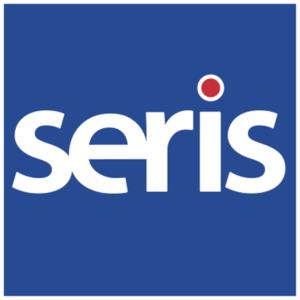 A work made possible thanks to numerous supports

Les Hôtesses de l’air contre le cancer is an association for exchange, discussion and reflection on the problems associated with breast cancer.

Ca D’Potes is a solidarity enterprise project created by ninth grade students from the Collège Saint-Joseph at Plouescat, whose aim is to donate all the income from the actions they undertake (sales, shows, etc.) to KDOG.

Corinne de CONTI was responsible for international relations at the Curie Institute when KDOG was founded. She remained attached to the project when she joined City One and thus made it possible to organise the International Congress on the detection of Volatile Organic Compounds on the roof of the Arche de la Défense at the end of 2019.

Rose Magazine is a magazine that informs and accompanies women with cancer. Several articles on KDOG have been published in it, the latest being written after the 2019 International Congress by Béatrice LORANT.

Supporters from the animal world

KDOG is supported by many experts from the animal world. We cannot be exhaustive, but you will find below the iterviews of :

Thierry BEDOSSA, who welcomed KDOG's dogs at the AVA in 2017. They have been since then in the Marne at Champvoisy, on the current education site, and followed by Caroline GILBERT and Valérie FREICHE whose interventions are on the page dedicated to the clinical study.

Natacha HARRY, French journalist, television producer and former president of the SPA, presented Nykios with the Trophy of the Dog Detector of Diseases in December 2017.

Hélène GATEAU, veterinarian and television presenter who has been promoting the project from the very beginning.

In order to move forward, KDOG constantly needs samples to train the dogs. To date, more than 1000 volunteers have participated. Many thanks to them! You will find below some of the people who are working on a daily basis to make this phase a success.

And of course, if you or people around you wish to participate, do not hesitate to take a look at our >>> page dedicated to this purpose<<.

Pierre-Alexandre ZAL: He is a student at Sciences Po who led recruitment conferences during his previous internship.

Guillemette JACOB : Co-founder of the Seintinelles Network. This network is made up of women who wish to support cancer research, in particular breast cancer, by offering to participate in clinical trials.

Saboun ISHAG HERY: joined KDOG at the beginning of 2020 to help the team with the operational tasks of the project, such as the preparation of the kits or the translation of the website into Arabic.

Claire RIEUX is a haematologist and researcher who is committed to defending a humanitarian vision of medicine. She has thus committed herself to La Chaîne de l'Espoir as Medical Director and to Médecins Sans Frontières as former Vice-President. She is therefore interested in new medical opportunities, particularly KDOG.